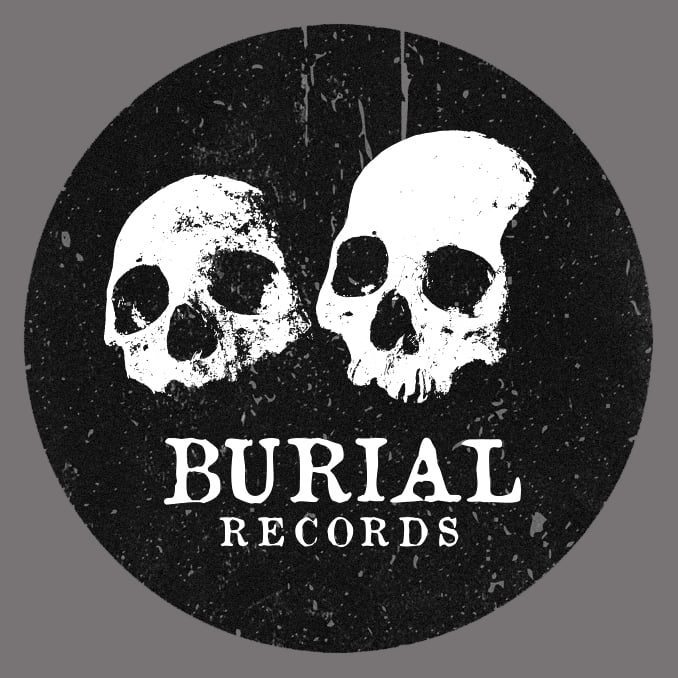 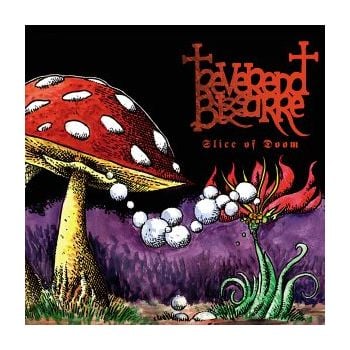 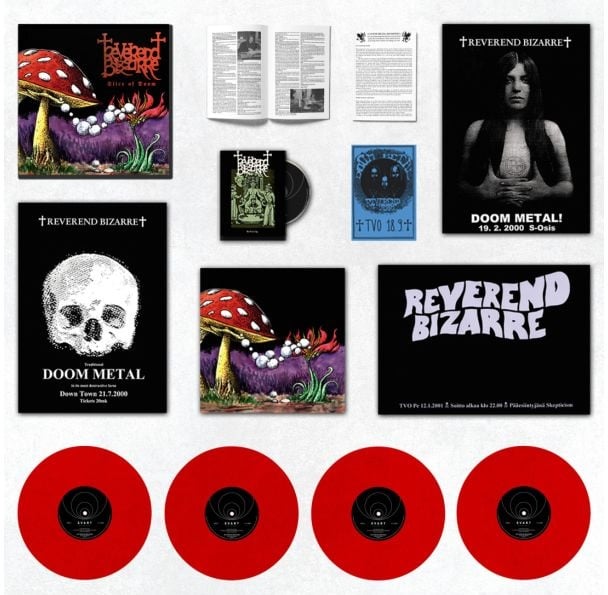 This is the final nail in the coffin of Reverend Bizarre and also the final part of Svart Records’ long-standing mission to release the band’s entire discography on vinyl. The vinyl box set contains both versions of the band’s legendary demo Slice of Doom plus the promo tape the band did to get a deal for their first album In The Rectory. These tracks were very briefly available under the moniker Magick With Tears in 2009.

Additional bonus is a live DVD of the band’s very first live show at TVO in Turku, Finland on September 18th, 1999. Then there’s replicas of three early gig posters, the rare True Doom manifesto by Earl of Void, a large booklet compiling all visual material and background info from these early years, a very rare promo booklet replica, flyers plus hidden gems.

D
Excerpt From The Lohja-Era Rehearsal Tape
Doom Over The World
Burn In Hell!

G
Intro/In The Rectory Of The Bizarre Reverend
Strange Horizon